David Gnieslaw’s journey began when at a young age, David’s parents decided that he should try Cub Scouts and enrolled him at 15th Brighton. David’s interest into leadership began when he was awarded the prestigious role of becoming a sixer for the Red Six. He allowed the power to go to his head just a little but in turn discovered a new found desire to lead. Luckily over time, his leadership style has improved from simply telling everyone what to do, to leading through example, respecting and helping others.

David’s adventures continued into the 15th Brighton Scout Troop. While under the guidance of 15th Brighton, David’s desire for the spotlight was channelled into the scouting show called South Metro Showtime. He consistently participated in it up until the fateful moment of year 12. During Scouts, David left 15th Brighton and moved to 1st Central Moorabbin Scout Group where he attended a Cohen Shield, Stadbroke Cup and the 21st Australian Scout Jamboree.

David continued on to become a Venturer Scout, attending the Hoadley Hide hike camp. He also took upon the role of Unit Chairman during this time. Once year 12 began it called for an end to David’s scouting days. This was the case for 4 years, until he was convinced to try out Rover Scouts. Attending just one meeting rekindled his old flame for scouting, which he is hoping to pass on to young minds so they can reach their full potential.

To do this David began as a Joey Scout Leader with 3rd St Kilda, yet worked with 10th Caulfield as they met as a combined mob. Realising he preferred to work with an older age group, David was offered the opportunity to continue his scouting journey as an Assistant Cub Scout Leader with 10th Caulfield, where he is hoping to live up to the name of ‘Bagheera’ by helping teach the Cubs as the panther in the Jungle Book does. 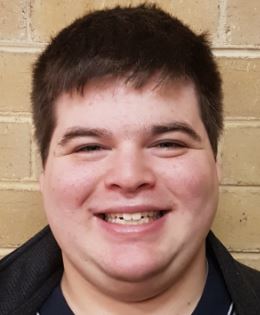